Love can be expressed in a myriad of different methods, but the most timeless and most treasured will always remain the classic love letter.

Sometimes letters are preferable to face-to-face contact because they can be written as the thoughts come to the author’s mind. This may allow feelings to be more easily expressed than if the writer were in the beloved’s presence. Further, expressing strong emotional feelings to paper or some other permanent form can be an expression within itself of desire and the importance of the beloved and the lover’s emotions. The expression of feelings may be made to an existing love or in the hope of establishing a new relationship. The increasing rarity and consequent emotional charm of personal mail may also serve to emphasize the emotional importance of the message.

Other times, especially in the past before the wide use of telecommunications, letters were one of the few ways for a couple to remain in contact. When one of them lived some distance from the other, the “being apart” often intensified emotions and many times a desired normal communication could lead to a letter expressing love, longing and desires .

In the weeks after Steve and I met, since we lived 200 miles apart, we communicated via email, text messages, instant messaging and the written word. 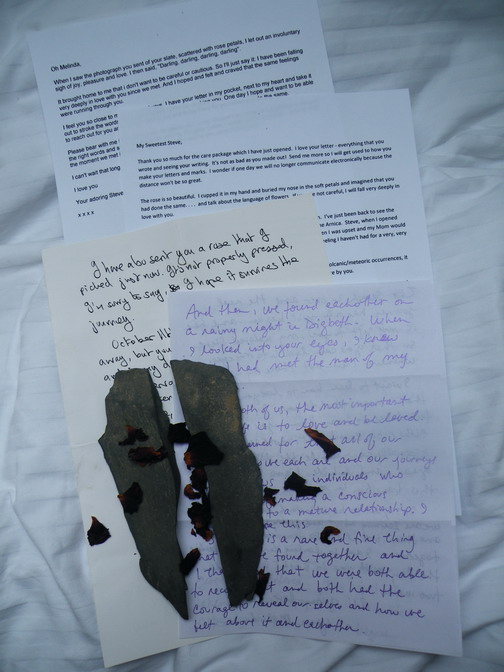 I surfaced designed the fabric for the back of our wedding quilt using a feather stencil, a vine stamp and screens made from some of our handwritten and emailed love letters. 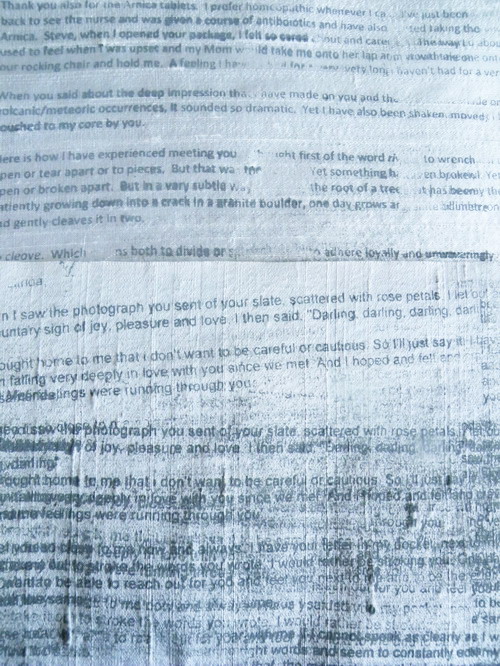 I pieced and stitched them together with a photo of Cleaved, printed onto silk, at the place where they intersect.  I wrote in depth about the process here. 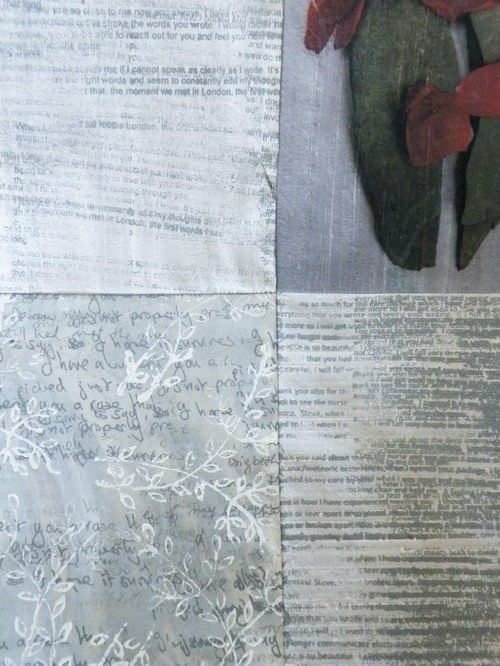 ‘Words of Love’ was written by Buddy Holly and recorded by him on April 8 1957. Holly harmonized for himself, by tape-recording each part and combining them.  This version features him singing in harmony with himself, being one of the first tracks by a major artist to feature vocal overdubbing.

The Beatles covered this song in 1964 for the album Beatles For Sale.  John Lennon and George Harrison, who were fans of Holly, harmonized on their version, holding to the vocal and instrumental sound of Holly’s original as well as they could.  Ringo Starr played a packing case on this song as well as drums.